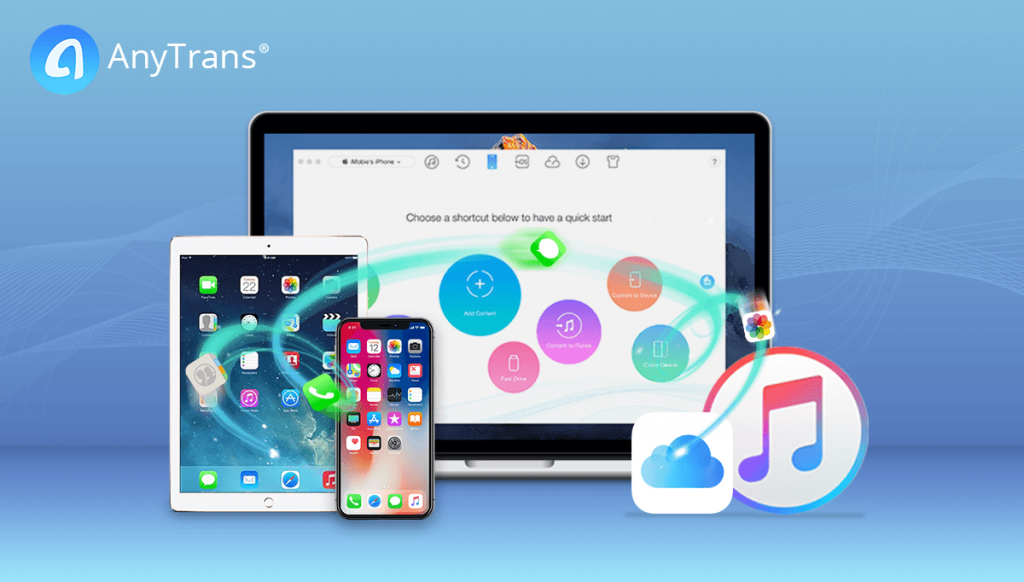 The AnyTrans for iOS can be considered as the only alternative which is not just a substitute but actually is better than i tunes.

When it is about doing things with the contents on your iPad or iPhone, AnyTrans is the best software you’ve got. For that matter, calling it an substitute would be like doing a huge injustice to it. It’s much more user friendly, simple and cool than the iTunes.

One of the most special features of AnyTrans is that it has a very slick interface which looks like very minimal, also clear. The working method and the process is same as iTunes like copy, sync and transfer etc. Moreover, it contains a lot of features than iTunes which include a very strong manager for app, a manager for files and a data explorer of iCloud. It also offers a way so that you can easily transfer photos from iPhone to PC, exchange files in between your computer and your iPhone or between two connected any kind of iDevices. 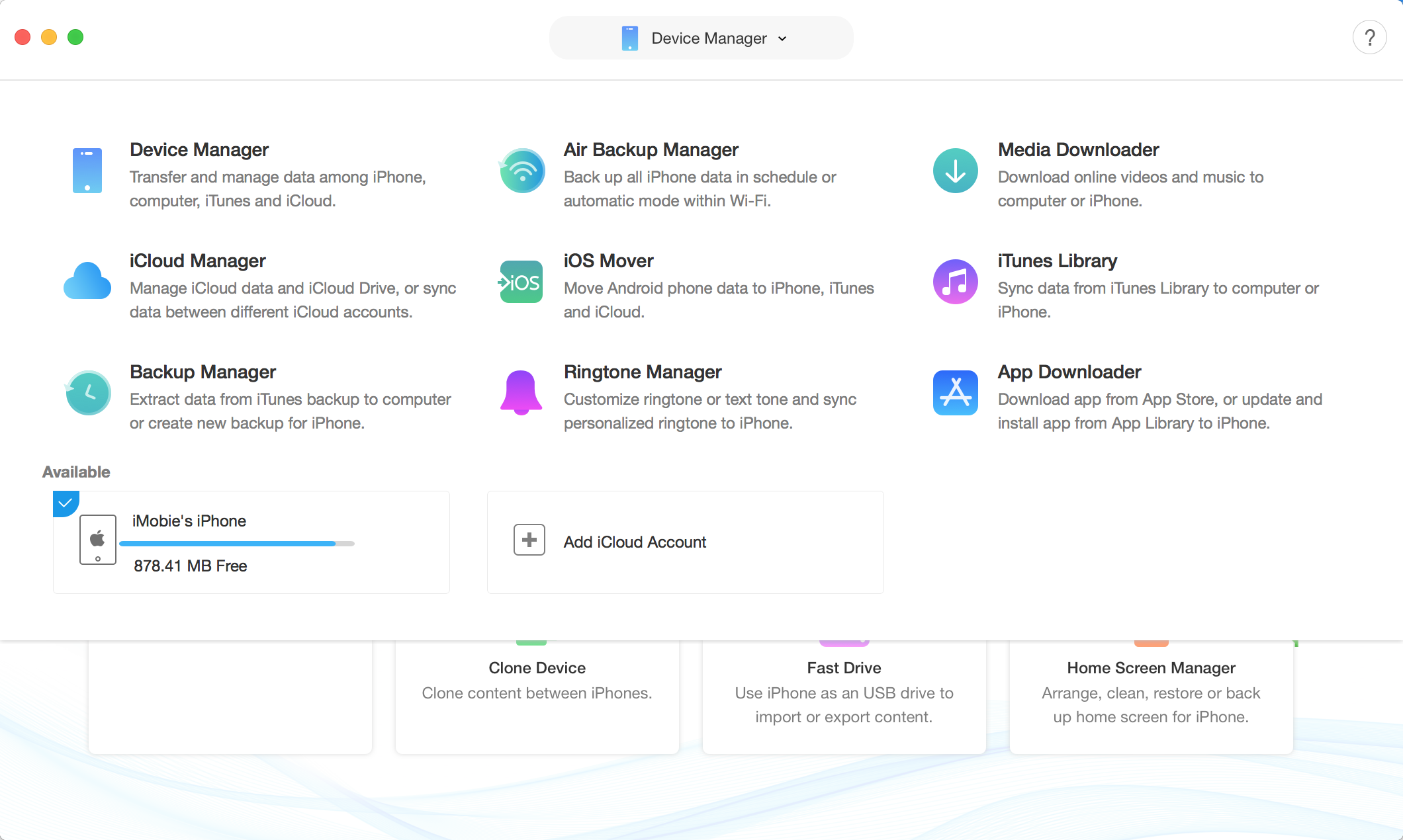 Let’s start the review with the analysis of the user interface. Now because Apple has an obsession of constantly updating the interface of iTunes in order to create it more user-friendly, cooler and easier to handle. But just when you start to explore the AnyTrans software, you will start to feel that maybe if iTunes have been like this, it would’ve been better. AnyTrans contains a really slick, cool interface, which makes it very cool to sync and to transfer stuffs between devices and to manage backups, data and apps. The first requirement from users generally is that you gotta be able to find things fast and appropriately, an area which AnyTrans has absolutely nailed. 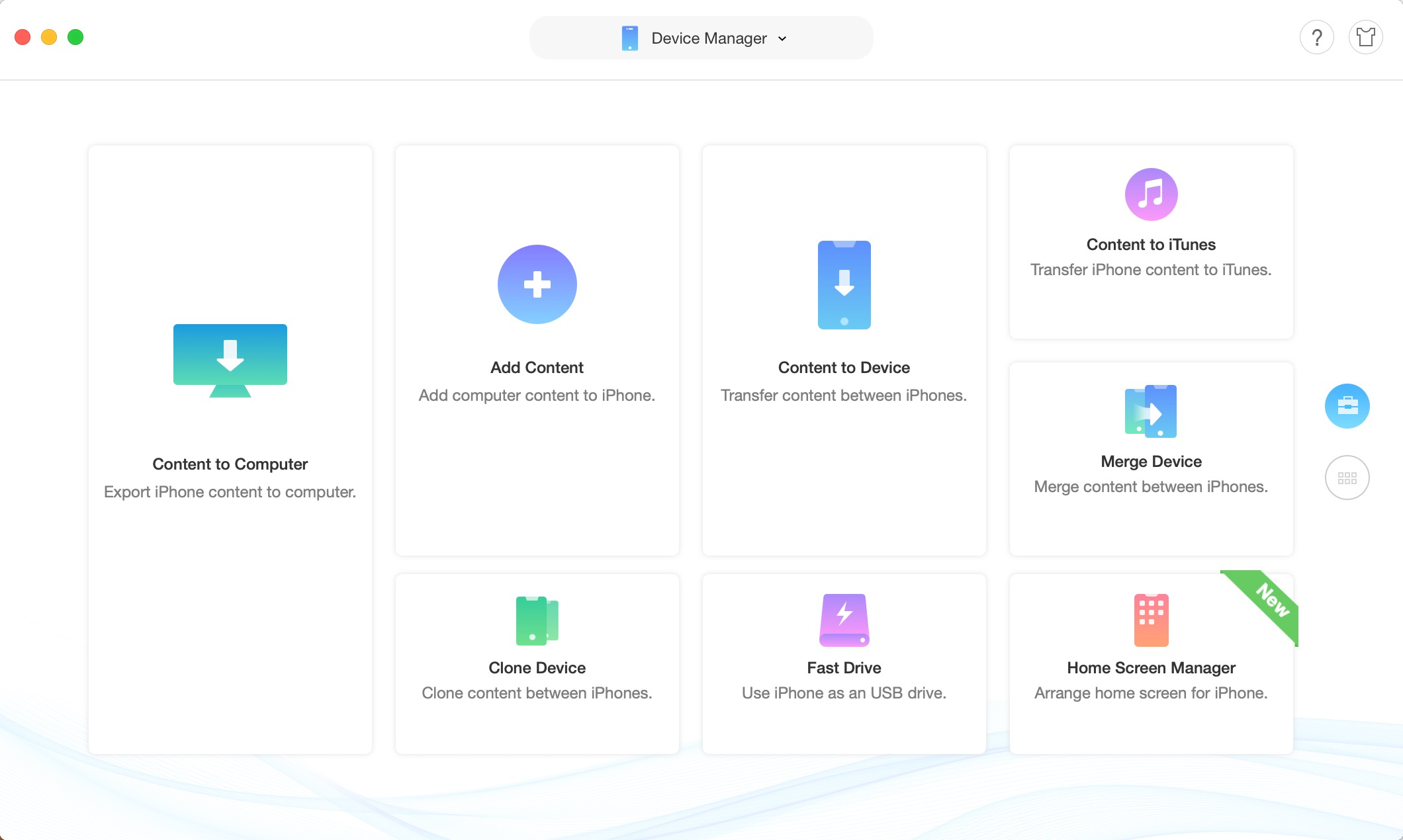 AnyTrans works mostly like iTunes on the basis of allowing you to sync the data from the computer to your iPhone and the other way around but it totally revolutionize the process you generally do it.Software AnyTrans allows you to send the music files and other files in your iPad or iPhone. It also clears the unpopular “library” concept, though if you want, you can yet use this. This also stops constant sync and other kinds of duplication when you’re copying files to the iOS gadget. Regarding that case, it genuinely passes of the iPhone like just a drive which is physical but also works just perfectly with sync process also.

Connecting photos and music or videos i.e. as individual or as playlist files both can not get any easier than this.

Most interesting fact is if you want to exchange media files between more than 1 iOS devices, the software AnyTrans can do that also. It has been made more direct by letting 1 iOS device in order to communicate directly to another iOS device through AnyTrans. 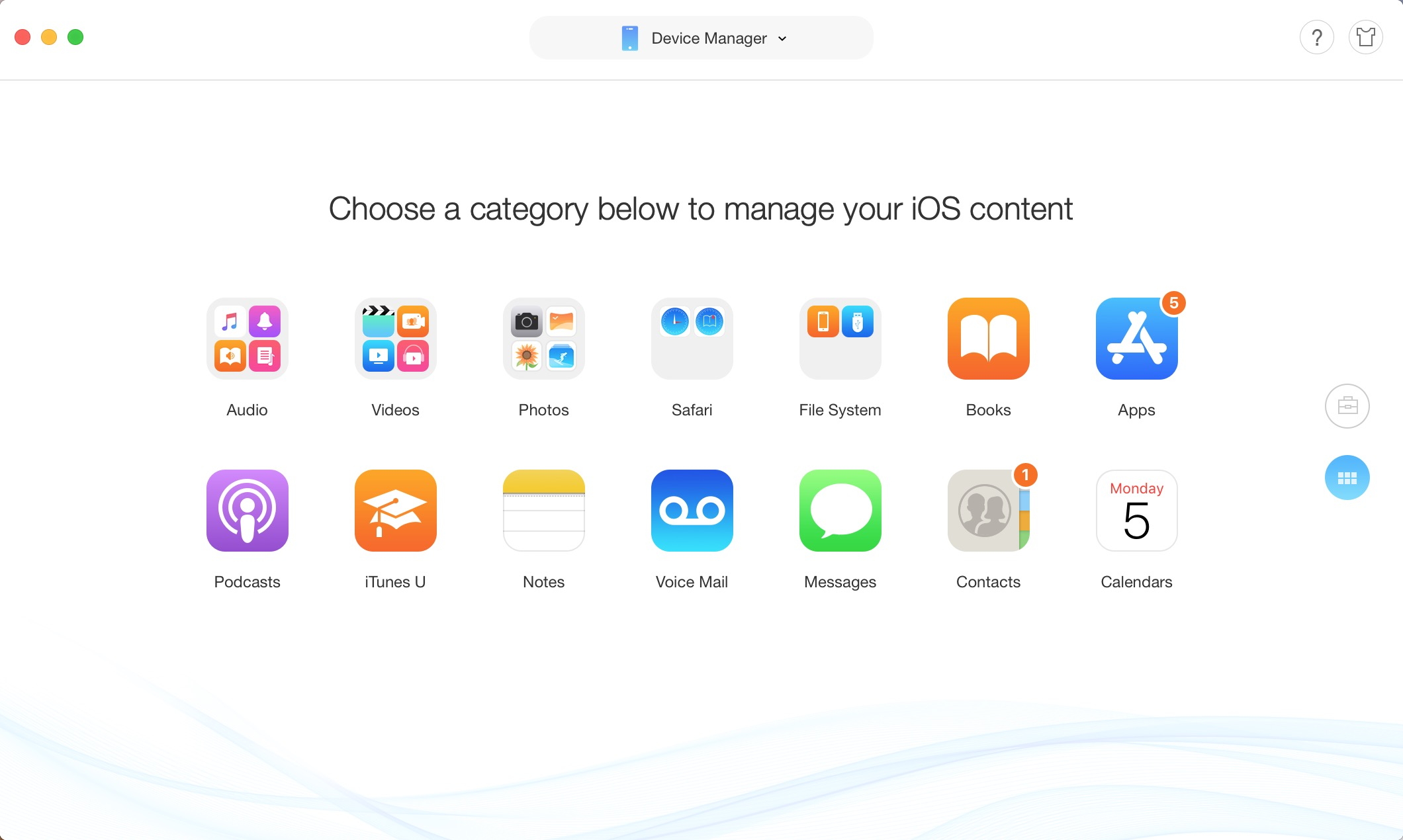 The feature which is salient in AnyTrans is that you will appreciate very much if you rely upon things just as iFile, which does a lot to remove the cache, is the app manager which is built-in. Not only will you find out the details of apps which are there on your device although you will also be able to surf through the systems of the files. There are practically a handful of satisfactory quality managers of files for Iphones. AnyTrans is clearly one of them no doubt.

To be counted as an extra benefit of that feature, AnyTrans allows you to use your iPhone just like a medium to store. You can genuinely fill files on the Iphone though you’ll need another file explorer to access those elsewhere, is definitely worth it. 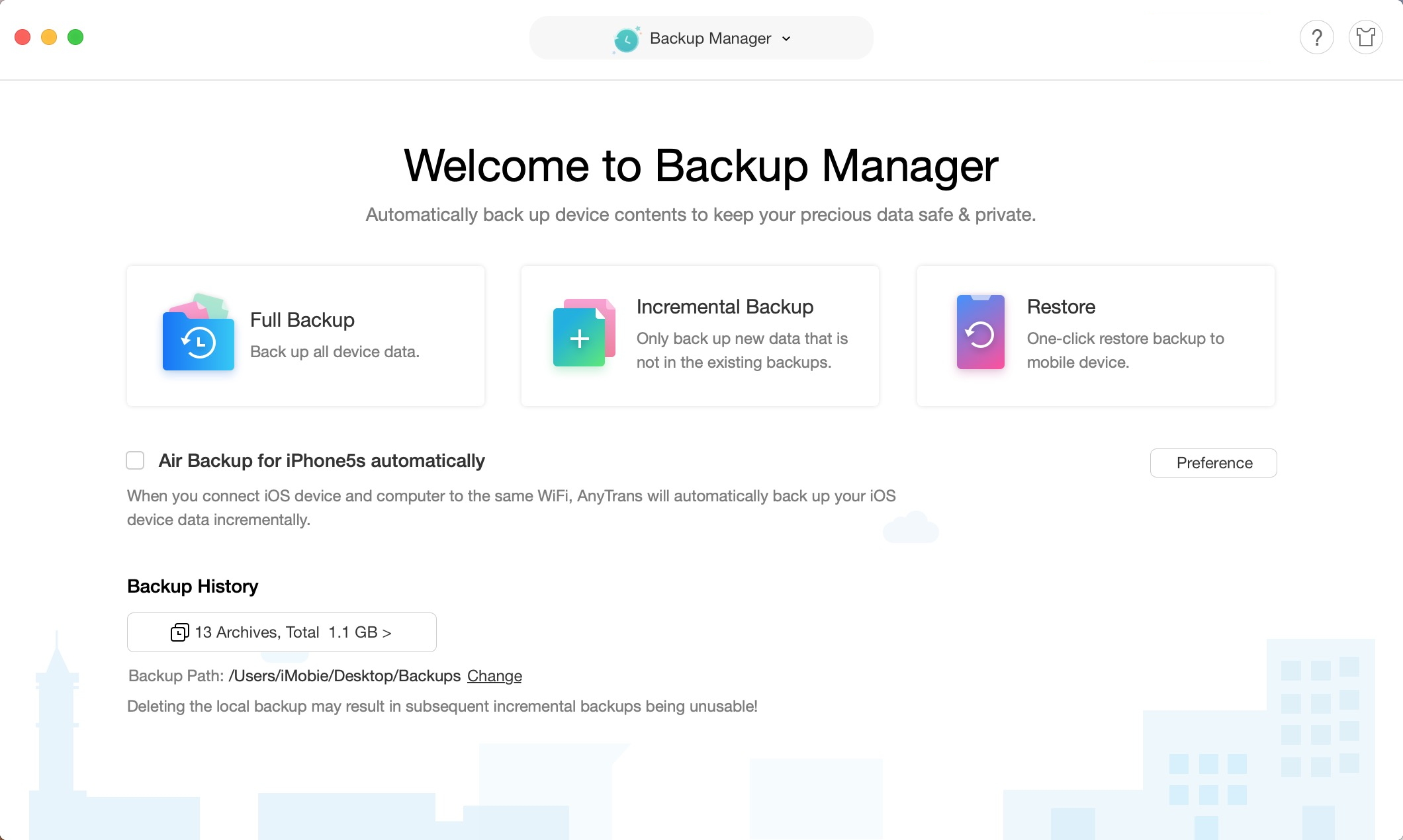 One among the most irritating things regarding a device backup on i-Tunes is just that you will never with i-Tunes be able to find out what exists among the backup files. It is obvious that it possesses all the photos, text messages, contacts, safari data, emails and data of the app but the thing is that you can not tell for sure and you can’t look through or explore it either.

That is why softwares like AnyTrans are very useful in that way as it allows you to explore and manage your back ups. And not only just managing backups like restoring or making, but you will be able to also check out the things that are stored in the backups effortlessly through AnyTrans. This feature makes it an absolutely gem and obviously far better than iTunes. You can download the newest version of AnyTrans for iOS from this link here.

Is an App In Your Company’s Plans?