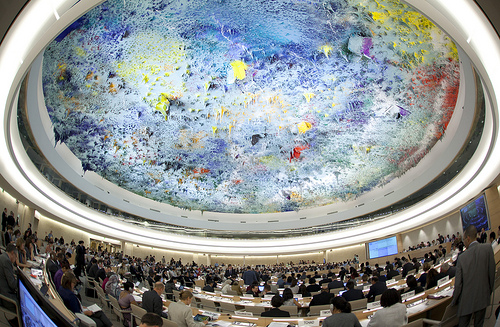 How can the Internet boost the economy ?

It is almost a cliché to talk of the dependence of the world on the internet. And not just the literal world as we know it but the business world as well counts on the internet for better business. According to the Boston Consulting Group, if the Internet were a national economy, it would be in the top five, ahead of Germany and overtaken only by the U.S.A, China, India and Japan. And it has taken it four years to achieve this phenomenal growth. In the U.S. alone, 4.7% of the GDP in 2010 (that was about 68 billion) was generated by the internet and its economy. This means it contributes a greater percentage than entertainment, agriculture, education, information and allied services and construction. This impact is not limited to the U.S. alone. Argentina’s internet economy is a strong 24.3%, India at 23%. And in the U.K., 8.3 % of the whole economy comes from the Internet, making it the ‘most-dependent’.

So many massive businesses depend on the internet for their day-to-day affairs, and not just for email and browsing! For instance, UPS FedEx customers know exactly when their shipment will arrive thanks to the online coding of their packages. More and more to-be weds use the internet for their wedding registry and Wal-Mart and Target manage and tweak their routes, inventories, sales, data sharing and warehouses through the Internet. Businesses have such astounding reach with the Internet that the world will perhaps never be seen in large terms ever again. What this has also done is positively impact employment and wages to create a ripple effect of growth and progress. The Internet is a great equalizer and there is a sense of fairness at conducting business in a level playing field. Of course, more money also means more visibility and more ads giving certain competitors an edge.

But one cannot have effective Internet if it is not fast and, technology based companies have also seen phenomenal growth as a result, creating better bandwidth, storage and speed. In fact, a World Bank report states that for every 10% point increase in speed, there is a corresponding 1.3% growth in the economy. Also, stop to consider millions of transactions that take place on the Internet everyday- retail, banking, entertainment- there is not a single area of enterprise that is not impacted by the Internet.

With an expected three billion users by 2016, the Internet will continue to exercise greater power on all countries and governments. Businesses and individuals would do well to sit up and take notice of this fact. Better still, they should find a way to harness all this potential to further their businesses and ensure sustained growth.

5 iPhone Apps For Improving Your Business

An Insight Into Google Custom Search

How To Attract New Customers To Your Online...