E-Cigarette Vs E-Hookah What’s The Difference

The e-cigarette’s invention was huge for smokers who were sick of stepping outside to smoke at a bar or restaurant, hated having the smell of smoke cling to all of their belongings, and wanted to lessen the amount of nicotine they inhaled to try to stop smoking. With one great idea comes many more. The e-hookah was the next big thing to hit the market. While the two are similar, there are a few differences you should note. 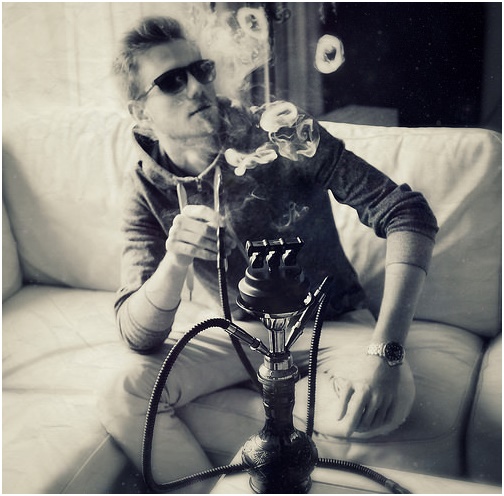 Since e-cigarettes typically replace traditional cigarettes, many people only take a few puffs, as they would with a normal cigarette. They only take a few seconds to prepare, and they last as long as the battery lasts. E-hookahs are more recreational and larger, people tend to gather in a social setting and spend a lot more time smoking an e-hookah in one place. It takes a bit more time to prepare, but you get more time to enjoy your puffing. E-hookahs lack the on-the-go convenience of an e-cigarette, but they can last longer. They are more of a luxury item for a social pastime.

One of the main differences between an e-hookah and e-cigarette is that e-cigarettes typically deliver a kick of nicotine to users while e-hookahs are usually an easy to use, flavored, nicotine-free enjoyment. Since most establishments don’t allow people to smoke traditional cigarettes inside anymore, many people are replacing cigarettes with vaporizers.

E-cigarettes need constant care, maintenance, part replacement, and e-liquid refilling. Since they aren’t disposable, they are an investment. There are different designs and you can even customize your e-cigs. One common theme among e-cigarettes is that you need to push a button to turn the e-liquid into vapor. Most e-hookahs heat the e-liquid through suction instead of a button. E-hookahs are more social and recreational and most are disposable so when the e-liquid runs out, you can throw it away. E-hookahs require very little assembly and clean-up. Being disposable and nicotine-free makes e-hookahs cheaper than e-cigarettes.

E-cigarettes and e-hookahs both produce a vapor when you puff on them. E-hookahs resemble smoking a hookah. They produce larger vapor clouds, so those who prefer the look of smoke might prefer an e-hookah. Hookahs are often available in a variety of tasty fruit flavors, so those who prefer a stronger flavor might prefer an e-hookah. In fact, Vaporcade offers a seemingly endless number of e-cigarette flavors to make sure there is a perfect experience for any vaper’s tastes.

The electronic cigarette has become one of the fastest selling products in recent history, taking the country by storm. Analysts predict e-cig sales will rise 25 percent annually through 2018, and entrepreneurs can’t help but try to get in on the action. The subcategory of e-hookahs are the next rage, catering to the growing demand for flavored e-cigs. There are a few differences between e-cigs and e-hookahs, but both generally have a good appeal to consumers in the smoking market.