Superhero movies and games have always been hot favorites and quite popular among the youth. These are equally admired adults as well kids all over the world. Superhero movies are looked forward and have emerged as box office record breakers. These are now being converted into video games which are based on spandex-clad characters and are readily getting adapted by the video game lovers. Among all the existing video games, here we have mentioned top 8 best superhero video games, in no particular order. Find out if you have your favorite listed here:

Note – If you are looking for the best budget gaming PCs, check out Fierce PC

This is the best game if we talk about superhero fighting. At later stages it gets even better. In this game, each player gets to choose three fighters from the roster of Marvel superheroes, and Capcom characters. The lead characters are Iron Man, Spider-Man, Wolverine, and Hulk. Post this, the player can tag-team by pulling off big flashy moves which is set uniquely for each character. As you get experienced in this game, you will discover that this game endows great balance of Capcom’s best fighting titles. 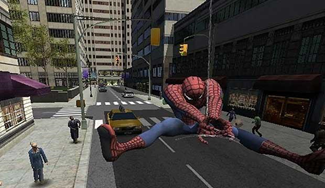 Launched in the year 2012, Spider-Man 2 is recognized as an open-world game of the era, and is great fun to web-sling. The player can fly all the way through skyscrapers of Manhattan to have a roller coaster gaming experience. Apart from this, it sports voice acting, narrated by cult hero Bruce Campbell. Apart from these, a list long of other Spider-Man games have been introduced but this one stands best among the bunch.

Launched in 1990s, the X-Men arcade game comes with marvelous control inputs. In this game, each player is facilitated to jump, attack, and exercise superpower against hordes of Sentinels along with other enemies which the game sends after the player. 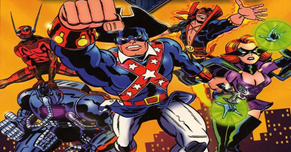 This has emerged as a stunning and best squad-based tactical game. In this game, before commencing any given mission, a player gets to assemble a team from the repository of superheroes. This is them followed by the city your; wherein these superheroes will stop the bad guys from committing the crimes and bad deeds. Be it purse-snatching or fending off an alien attack or something even more challenging and severe. The work is smartly planned and executed by the superheroes in the game. 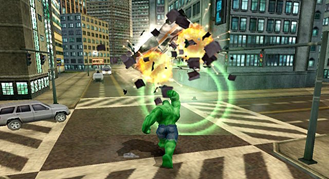 Referred to as angry green giant, Hulk is a fun game featured in the PlayStation 2 era.  Regarded as an open-world game, in this game, players can cause havoc on the city. Since the game has every element related to destruction from damaging cars to making the buildings coming to ashes. This game is for those who enjoy the occasional unhinged storm. You can even play Hulk online slots if you like 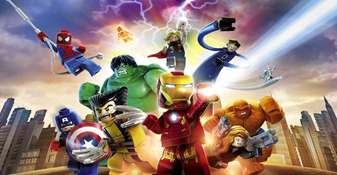 These games are always adored for their lightheartedness. They also carry an encyclopedic look along with accounting the scores of superheroes as well as villains including the Fantastic Four, X-Men,  and the Avengers, etc. Even after damaging the blocks in the Marvel Universe into, clean-up is not required.

Marvel Ultimate Alliance lets the player pick from 24 playable superheroes and followed by pounding on every enemy who get in the way. This game sports 100 characters from the Marvel Universe and ventures every place imagined in the comic book, all encompassing the Dr. Doom’s Latvian castle to Thor’s Asgard. You will happily spend 20 hours in this game. 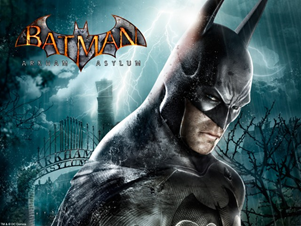 The next best thing that you get to play apart from other superheroes is the Batman. This game series has will let you play in some hard-hitting battles. There can be scenario where one fighter sis attached by a big hoard of thugs, but surpassing all obstacles from the finely-tuned system blocks makes fending incredibly rewarding. Batman plays powerfully well while showcasing great capability. This game has got everything you desire your superhero games to have and much more.