When we shifted from smaller touch screen smartphone to bigger ones, Apple stuck to its smaller sized iPhones and took no time in criticizing the smartphone manufacturers moving to larger sizes but soon we saw Apple join the league with iPhone 6. Apple became the center of ridicule for that and it looks like they have now decided to go back to their roots and bring out a smaller smartphone again.

Apple is expected to unveil the device on 21st March with the availability in stores expected to begin by 24th March. So if you’re planning on selling your iPhone 5 or iPhone 5s, now would be a good time as the iPhone 5se will hit the stores soon. Do sell iPhone 5 to purchase this iPhone 5SE 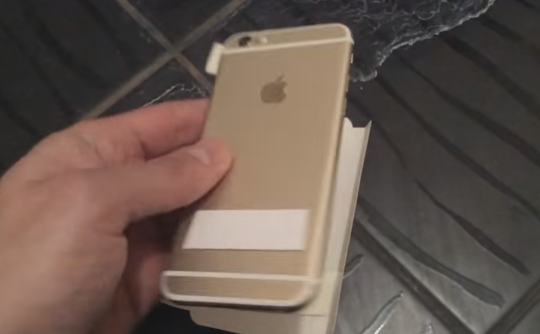 If rumors are to be believed, Apple will be holding an unveiling event the coming month on March 15th to unveil. One of the devices that will be launched at this event will be the iPhone 5se. The name suggests that device will be an upgraded version of the iPhone 5s with some new features and top of the line specs. Here’s some info we could gather about the iPhone 5se:

Apple to decided to move down the size ladder as the 5se is expected to be sized 4 inch. Sporting the same size as the 5s, the two devices will be able to share covers and probably skins. Live photos are expected to be seen on the 5se. However, the 3D touch will be absent. The cameras will be the same as seen on the iPhone 6s, an 8 MP unit on the back and 1.2 MP on the front respectively. Not only the camera, the 5se is rumored to be sharing much of the design elements from the flagship iPhone 6. Thinner bezels, curved glass and edges, pill shaped volume buttons, redesigned home button and the relocated front camera are some of them. If you’re looking for a great tempered glass for your iPhone’s curved glass then you should check ZAGG Invisible Glass Shield for iPhone

The innards will be upgraded from the iPhone 5s too. The 5se will be powered by the same A9 chipset that made its debut on the iPhone 6 paired with 1 GB RAM. The storage variants will however be limited as only the 16 GB and the 64 GB variants will be brought out. Sources also say the device will be available in all the colors the 5s was available, namely Space Grey, Gold and Silver without possibility of another pink colored variant. The iPhone 5se will also sport TouchID and NFC to allow for Apple Pay.

6 Things To Keep In Mind Before Buying An Antivirus

Wondershare TunesGo: Music Downloader, Finder, Manager – All in One

How to use keyboard trackpad mode on every...