A New Smart Phone From HTC 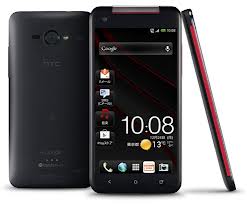 Really some hot news down there from the smart phone industry .

HTC has unveiled its new model smart phone called “BUTTERFLY” boasting that it has higher resolution display than Apple’s iPhone 5 this afternoon(IST).

There aren’t much information yet on the model. But I put down some specs that I gathered from little sources

It runs on a latest 1.5Ghz Quad-core S4 processor and delivering lower power consumption and it has 2GB RAM.(The PC that I bought years ago had only 256Mb RAM!! 😆 ) and it also features Adreno 320 graphic processor

BUTTERFLY has a total storage of 16GB and has a additional microSD slot that supports expansion up to 32GB.

Speaking about the OS, obviously it Android 4.1.1, with capacitive multi-touch facility.

The other feature included are :

Lets see what HTC has to contribute to the smartphone market 😉